TSPU RECTOR AT THE "PRODUCTION SPECIALIZATION OF TOMSK REGION 2035" 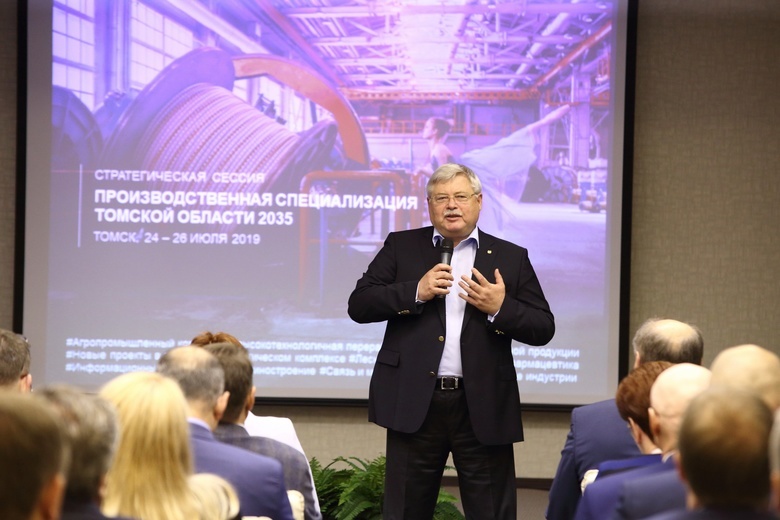 "Production Specialization of Tomsk Region 2035" took place In the engineering center of the special economic zone.

At the opening the governor of Tomsk Region Sergey Zhvachkin noted that today the fourth technological revolution is unfolding in Russia and in the whole wide world: “It is very important to determine the vector of development of our region and make the right choice. Together with my team, we are constantly working on the strategy of the Tomsk Region, directing the available resources in the right areas. And today we are so to say synchronize watches with you. Remember how one of the heroes of the film “Kidnapping, Caucasian Style” says that Kuzbass is an all-union forge, and Kuban is an... 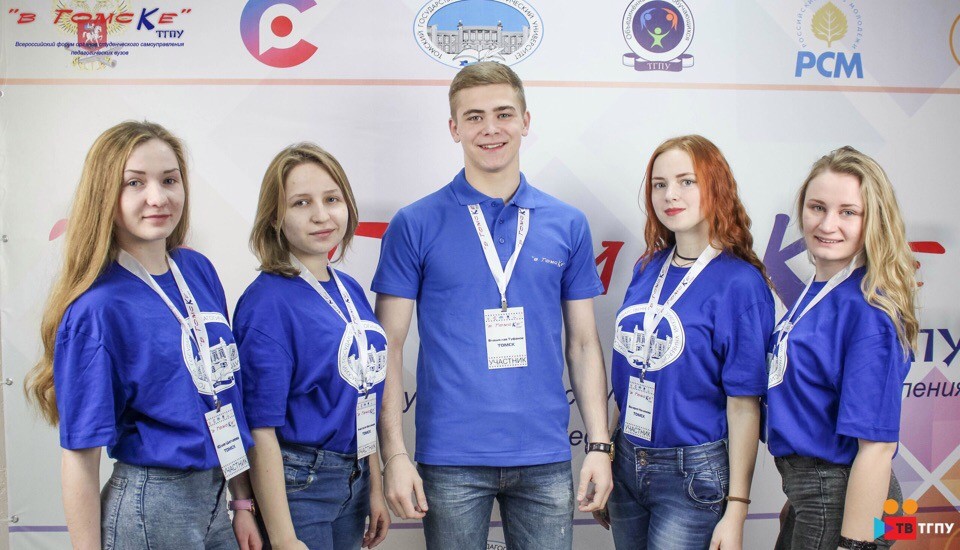 The Federal Agency for Youth Affairs drew a conclusion for the All-Russian competition of youth projects among educational institutions of higher education, as well as individuals within the framework of youth educational forums. Tomsk State Pedagogical University is again included in the list of winners!

This year, 2553 projects from 381 educational organizations valued at 4.2 billion rubles were submitted for the Competition. According to the recommendations of the expert commission 609 projects from 255 educational organizations were supported. Tomsk State Pedagogical University is among the winners of the Competition with the programs of the All-Russian Student Dance Project “In Motion. The Best ”...

EDUCATION AT THE TSPU, WHAT IS MORE?

Studying at the Tomsk State Pedagogical University includes regular educational lectures and seminars from highly qualified specialists of the university and invited lecturers, internships in specialized organizations, institutions of the administration and leading companies of Russia, the possibility of sharing experience with colleagues from near and far abroad, studying in one of the universities' partners and obtaining a second diploma (of a foreign standard).

In harmony with the educational process TSPU has the strongest student self-government structure in the country, allowing students of Tomsk Pedagogical to realize themselves in various areas of additional activity: the pedagogical groups "Danko" and...

In the city of Kazan, more than 800 scientists-specialists specialized in the field of anthropology and ethnology gathered from all over Russia, as well as from near and far abroad, to participate in the Congress “Systems of kinship, connections and communications in the history of mankind: the anthropological aspect”.

Students of the Faculty of Culture and Arts of the TSPU, future teachers of the visual arts, presented their creative works that were made during the 2018-2019 academic year to teachers and employees of the university. The artists presented paintings, drawings and design works, as well as sketches of future paintings, models, projects, landscape sketches, portrait sketches.

During the presentation, the students were able to hear comments and advices from the entire team of faculty and detailed analysis of the work done and to receive a strict but fair assessment. “The year was very intense: there was a development of new visual materials, new artistic techniques. Despite this, most of the students coped...

The summer project “Open pedagogical class” of Tomsk State Pedagogical University for schoolchildren from eight municipalities of the region has been recetly finished. Among the participants were 28 students from 7-11 grades. The work program of the project was timed to the Year of Theater in Russia: kids learned the basics of theatrical pedagogy, revealing its potential in the work of a teacher. “Every day during the week, the guys plunged into the world of a theatrical profession (artist, director, screenwriter, and others), - says Daria Shitik, a student at the Tomsk State Pedagogical University. - The guys visited a lot of workshops (stage movement, stage speech, oratory, acting, script writing) and workshops on making badges and dolls.”

The head of the Tomsk region A.A. Tereshchenko, Vice-Rector for Academic Affairs, TSPU, M.P. Voytekhovskaya, Head of the Education Department of the Tomsk Region Administration, Yu.V. Dubovitskaya and principles of Malinovskaya and Rassvetovskoy...

“SUMMER SCHOOL OF ENTERTAINING SCIENCES” FINISHED AT THE TSPU

During the summer holidays, students of 7-8 grades from Tomsk schools attended classes of the Summer School of Entertaining Sciences in Tomsk State Pedagogical University. The Summer School’s program included studies in physics, mathematics, computer science, and astronomy. At Astronomy lessons, the guys made a “space journey”, at Physics - they got acquainted with the amazing properties of liquids, solved scientific sharades, launched self-made boomerangs and solved experimental tasks. A lesson in Math was organized in a way of imaginary sea adventure, in which children “ploughed seas” of logical tasks and effortlessly revealed “Secrets of Numbers”. At computer science lesson, students learned what cryptography is and learned how to encrypt information.

THE DAY OF SCIENTIFIC PROJECT IN TOURISM

Specialists of the Department of Economic Theory of the Faculty of Economics and Management (Head of the Department V.V. Sizov) and the Center for Children and Youth Tourism of the TSPU conducted an educational event "The Day of the Scientific Project in Tourism". The main objectives of the event were: to discus market conditions for the development and implementation of projects, to assess of graduates' soft and hard skills, to create conditions for the participants to realize their capabilities.

The event consisted of two stages, the first of which (theoretical) included the defense of theses and collective discussion. Younger students acted as analysts, asked questions, defended their views of the problem,...

PROFESSOR TSPU AT THE CONFERENCE IN CROATIA

The Juraj Dobrila University of Pula held the International Conference “European Intellectuals at the Turn of the 19th - 20th Centuries” , in which Svetlana Karpenko, Candidate of Philological Sciences, Associate Professor of the Russian Language Department of the Faculty of History and Philology TSPU, took part.

The conference was organized with the support of the Center for Russian Language and Culture "Pushkin Institute" and the Croatian Association of Teachers of Russian Language and Literature Specialists from Russia, Croatia, Georgia, Austria, Germany, Macedonia and Serbia were among the guests of the scientific event. It is symbolic that the conference was held in the building where the Higher Pedagogical Academy was located earlier, which was merged with the Higher...