PROSPECTS FOR THE DEVELOPMENT OF SCIENTIFIC COOPERATION BETWEEN RUSSIA AND GERMANY 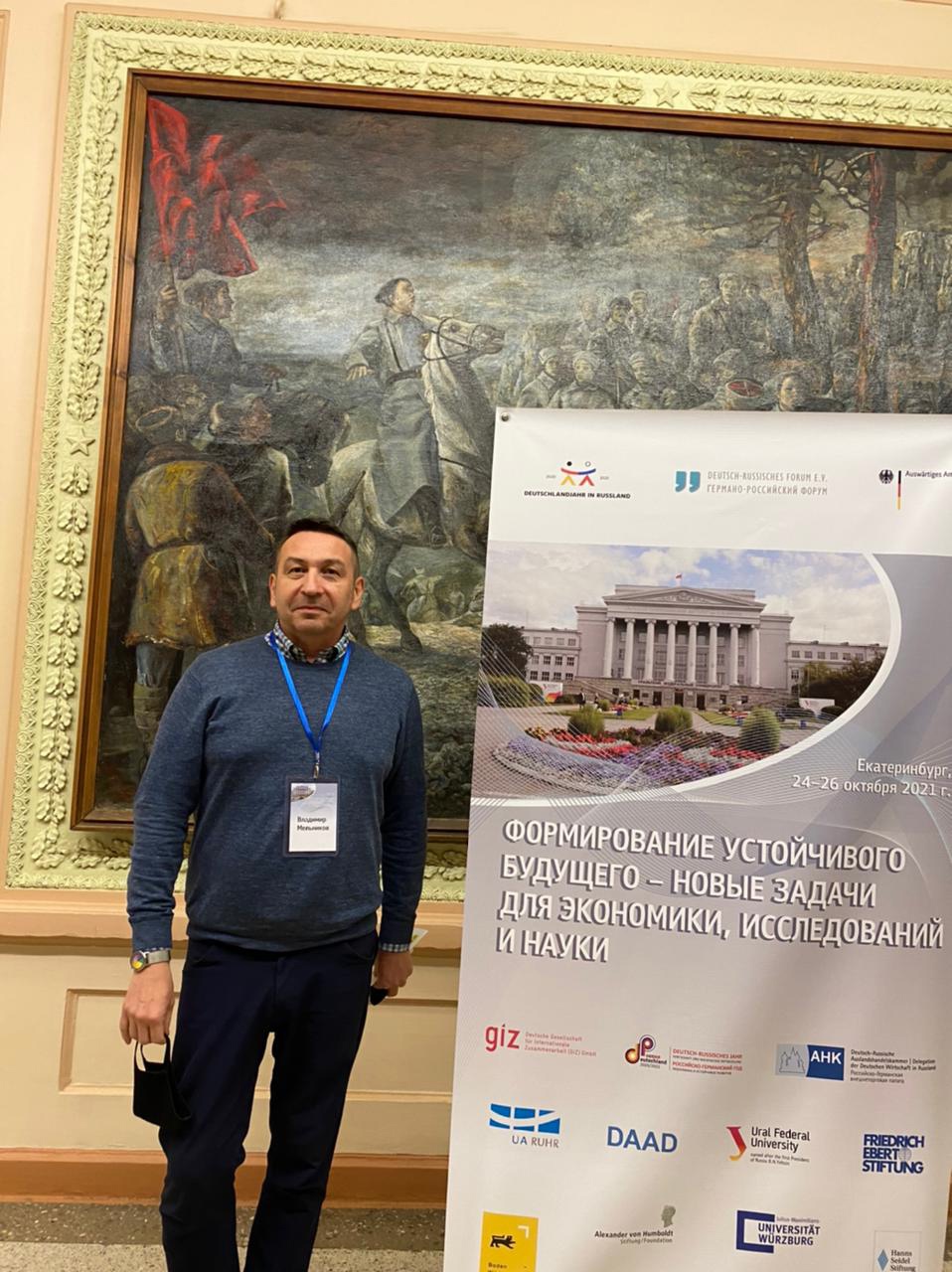 The Ural Federal University hosted a conference of graduates of German educational programs. Vladimir Alekseevich Melnikov, Director of the International Information Center of the TSPU, came to Yekaterinburg to discuss current issues of scientific cooperation between Russia and Germany.

The event was organized to mark the Year of Germany in Russia at the initiative of the German Embassy in Moscow and the Consulate General of Germany in Yekaterinburg. The event was attended by 160 graduates of German educational programs both in-person and online. Géza Andreas von Geyr, German ambassador to Russia, opened the event with a discussion on promising avenues for cooperation between the two countries:

"Climate protection issues will play a crucial role. Cooperation will also develop in related areas, as well as in infrastructure policy, the social sphere, and the humanities. These are the areas that will unite Russia and Germany in the scientific sphere".

Universities of Germany are longtime partners of the Tomsk State Pedagogical University in the organization of academic exchanges of students and teachers and joint scientific events. In order to understand the current situation and prospects in the field of educational interaction between the two countries, as well as to establish new contacts, a representative of the TSPU joined the conference in person. During eight workshops, participants engaged in a dialogue about world globalization, the challenges of the industrial revolution, e-mobility, the development of social culture, German-Russian youth exchange and career prospects, and young scientists, as well as building a forecast of Russia's development until 2050.