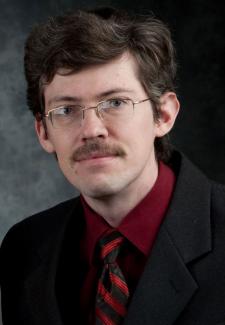 Andrey Makarenko, born in 1976, graduated in 1999 with honors from Tomsk State University (TSU) with a degree in physics.

In 2014 he defended his doctoral dissertation also in Theoretical Physics.

Under the direction of Andrey Makarenko, one candidate dissertation was defended. The total number of published works is 34.

Since 2001, he has been working at Tomsk State Pedagogical University (TSPU).

He has held the following positions at TSPU: assistant professor, senior lecturer, associate professor, head of the department of informatics (Department of Theoretical Physics), dean of the faculty of physics and mathematics, vice-rector for Informatization. Since January 2015 - Vice Rector for Research and First Vice-rector.

He is a member of the School of Theoretical Physics, which since 2003 has been recognized as the leading scientific school of the Russian Federation (Council on Grants of the President of the Russian Federation). As part of the team, he was the executor of a large number of projects supported from various sources (RFBR, Federal Target Programs, etc.).

Laureate of the Tomsk region competition in the field of education, science, health and culture. Honorary Worker of Science and Technology.

He was a member of the organizing committee and scientific secretary of several international scientific conferences on theoretical and mathematical physics.