TSPU STUDENTS AT THE NATIONAL AWARD "STUDENT OF THE YEAR" 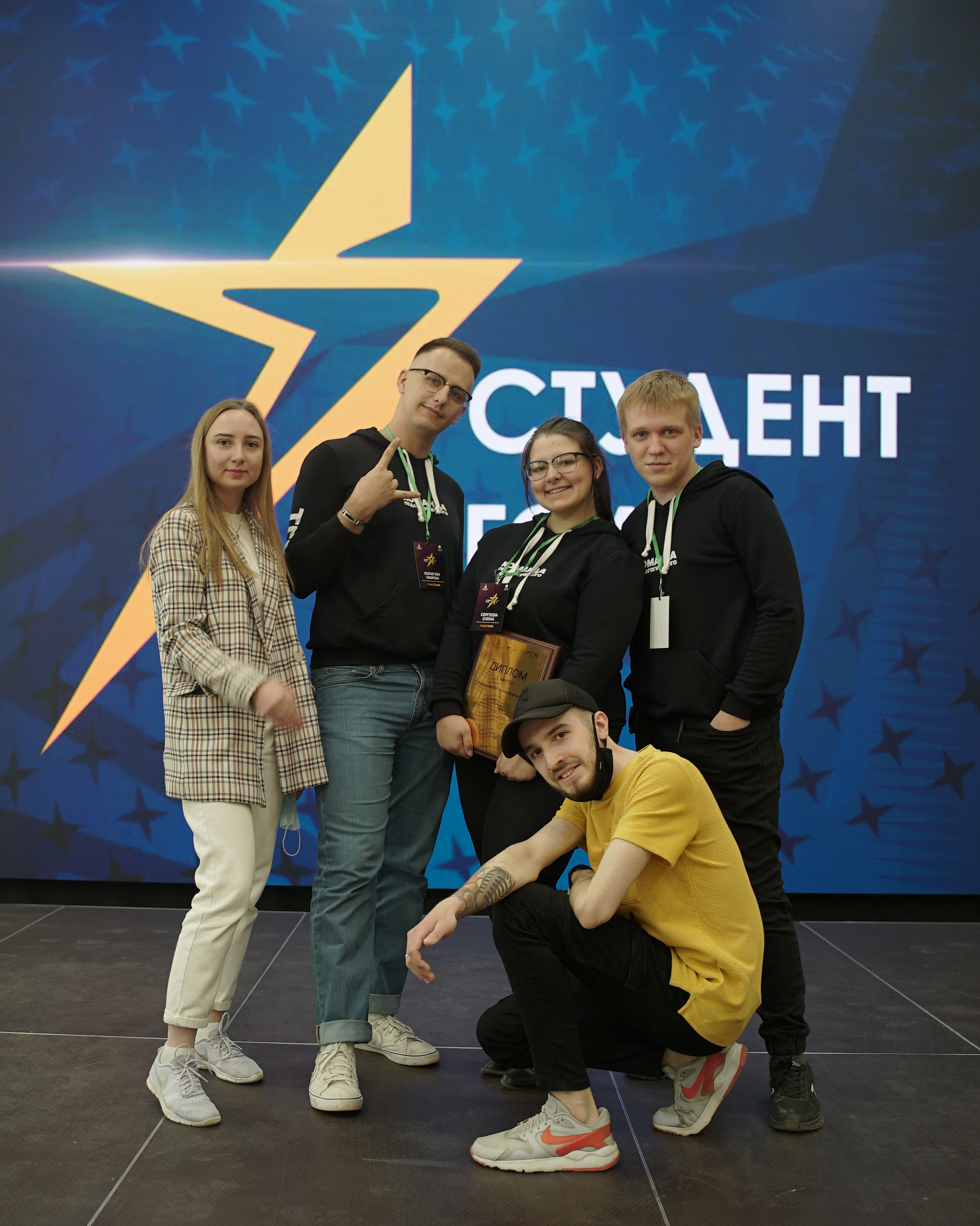 The Student of the Year Award is a unique competition and educational project for students of Russian educational institutions. This year the finals were held online through the ZOOM platform.

"For the student center of Russia - Tomsk region - it is a special pride and responsibility. Together with the Ministry of Education, the non-profit organization "Russia - Land of Opportunities" and the Russian Youth Union with the support of the national project "Education" we will name the best students in the country. We are confident that the award experts will identify those bright stars, who will proudly wear the title "Student of the Year," - commented the deputy governor of the Tomsk region on social policy Alyona Levko.

The professional skills of the participants were evaluated by public figures, political and scientific figures, athletes, cultural figures and artists, journalists, and media personalities. As always, the competition was held in several stages.

The first one was regional. It included contests in collective and individual nominations. The participants had to present the structure through a video, a photo report, and an article about the award last year.

This was followed by the remote stage, in which experts and jurors evaluated the resumes of the prize participants. The winners of the second stage got a chance to participate in the finals.

The final tests in the "Student Media of the Year" category included "Self-Presentation", "Material", "Project Defense" and "Interview". In "Self-presentation" students presented a business card, where for three minutes they had to tell about the structure, directions of its activities, and successfully implemented projects.

The second round - "Project defense": the guys presented the project that has already been implemented in the structure. The TSPU TV presented the online project "No Spurs" - a live quiz in the Instagram account of the TSPU TV, where activists conducted a total of 25 live broadcasts. This format was born in the midst of pandemics and self-isolation. The organizers used it to stay in touch with the university's students.

"It was easy, I think, to defend the project because we've played it out so many times, the format was created by us, tested back in quarantine in spring 2020 in the quiz show 'Evening Stud. While Everyone's Home'. This proves that the project has real results that can be evaluated and analyzed", — notes the activist of TSPU TV Maxim Goncharov.

The "Material" tour included the creation of a video clip, article, or photo reportage on a topic randomly determined by the organizers. Only 48 hours were given to complete the task. Our guys got the topic "I am a professional". Activists have decided to present to the jury their video with a set in the structure of "Catch our vibe".

The final test of the finals was the "Interview," which was introduced this year for the first time. The leader of the structure met with the judges and answered their questions. For such a responsible mission, the team chose Sergeeva Elena. The experts wanted to know how they work in the structure is organized, what directions are implemented and how the directional leadership is selected.

"We were a little short of time, the moderators had to interrupt the interview, but the members of the jury wanted to talk more. After the interview, the experts said that we have a very cool structure. All in all, it went very well. In any case, for us the communication with other participants and jury members was very nice" — said Elena.

As activists of the TSPU TV note, participation in the final of the award was a good professional test, which not only gave a lot of useful knowledge and experience but also an opportunity to meet interesting people, professionals in the field of media.