VICTORIES OF A MASTER'S STUDENT AT THE REGIONAL ART FENCING CHAMPIONSHIP 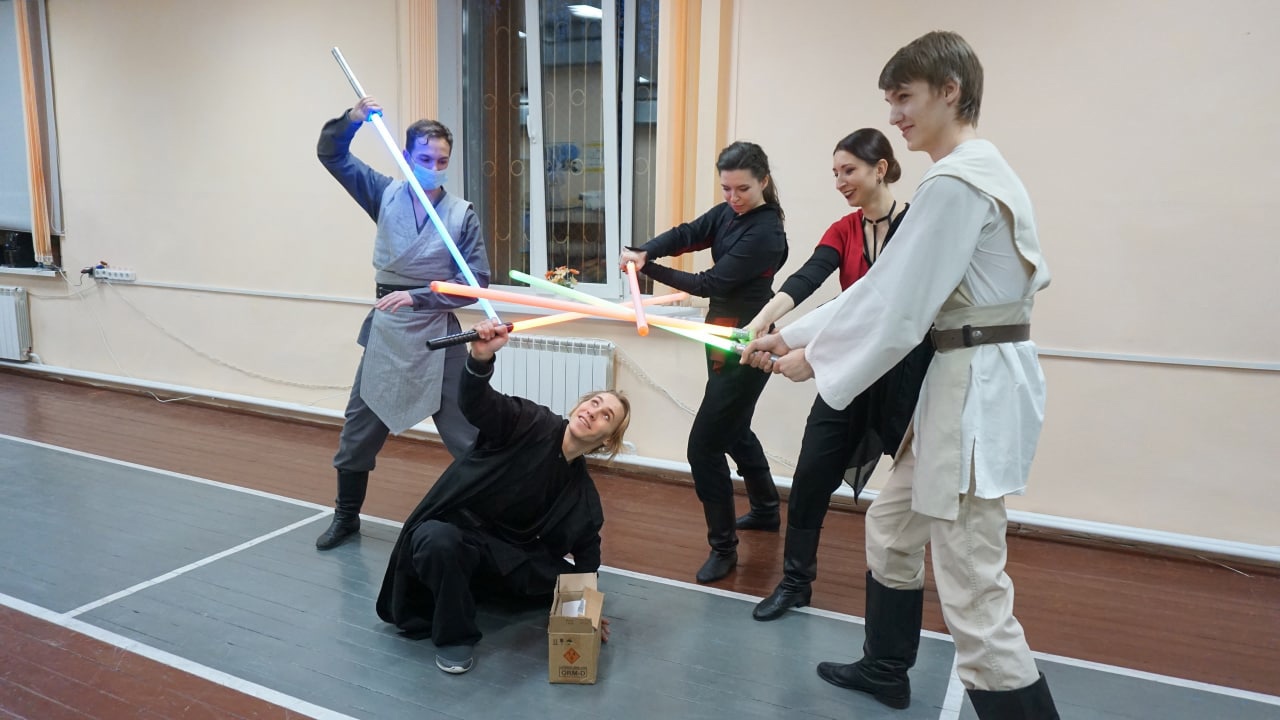 The Championship of the Tomsk region in art fencing was held. Daniil Vasilyuk, a master's student of psychology and special education at Tomsk State Pedagogical University, won and took prizes in two categories.

"This autumn I corrected some lack of momentum at the beginning by adding a new fencing pattern. The main problem was making it up: I didn't like every sketch that came to mind, but in one of my workouts I added full spectrum of new elements", — said the athlete.

The young man also performed in the "Duo Free Style" discipline with the "Game over" number, to which the fencer devoted the most time and effort. In Tomsk fencing studio "Saberia" Daniel worked on the performance with his coach - Victor Victorovich Lobanov board member of Tomsk Region Fencing Federation, as well as with his teammate Evgeny Bulatov, coach of Children and Youth Sports School № 16, student of Physical Education Faculty of the Tomsk State University.

"The work on the number began with an initial sketch of the plot. Initially, a dramatic and gloomy plot based on horror movies with space themes was planned, but, unfortunately, at the stage of staging, it became clear that the plot was too overloaded and almost at the last moment was completely reworked. The new one, however, became a comedy, with swordsmen as characters from a video game in the fighting game genre. The first sketches of the fight did not coincide with our general expectations from the combat drawing, the insight came later, the emphasis was placed on the dynamics", — said Daniel.

Daniel and Evgeny assembled special shortened versions of swords to practice in the apartment without damaging the interior. The effort was not in vain: the prize went to the athletes.

"This tournament was very important for me because I got the idea of how to combine high dynamics and complicated fencing elements in this very performance. I want to thank our coach Viktor Viktorovich for his attention to our mistakes and Evgeny for his help and support in our work on the number", — said the athlete.