For students of the Tomsk State Pedagogical University, January is not only a holiday weekend and time to prepare for the exams: future teachers annually work with children in camps. This year, the students practiced their skills at the Energetik Sanatorium and the Solnechny Center.

Taisia Shutova, a student of the Institute of Foreign Languages and International Cooperation at the TSPU, tried her hand as a tutor at the Energetik Sanatorium in Kemerovo Region.

"When a child comes to a children's camp, he finds himself in an unfamiliar atmosphere with its own laws, rules and traditions. He has to learn this world from beginning to end. And this learning process will constantly be tied to communication with other people. At the language class it is also of an educational nature", — says the head of the Sanatorium. 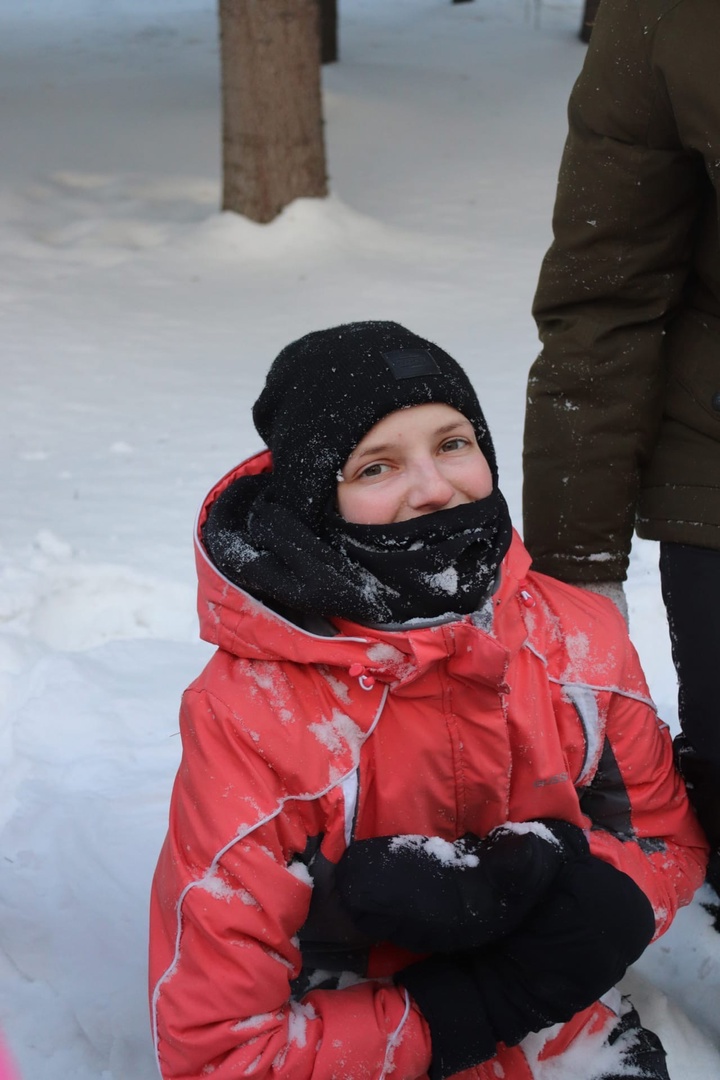 Of course, the focus of the student's attention was the children: their physical and psychological condition, their satisfaction with the lessons, their interest, and involvement in the activities.

"After lights out the work did not end: together with the counselors we made a plan for the next day and prepared everything necessary for the activities. We worked out all the items in advance, but there were unexpected turns of events: for example, we planned procedures until 12 o'clock, but they were done by 11 o'clock, there was a free hour. So you have to be as flexible as possible and be able to adjust to the circumstances", — says Taisia.

Taisia made her debut as a supervisor during an unusual shift: it lasted for five days, and in addition to recreational activities there were recreational procedures, master classes, and English language training for the children. Despite the linguistic orientation, many students were at the initial level of language learning, so the basis of the educational part was basic topics. For example, in pairs, children wrote complete sentences about each other, describing the name, age, hobbies, drew portraits and signed their interlocutor's qualities. At any moment the children could ask Taisia or the counselors for help with translation or grammar, explaining a rule.

To fully immerse children in an atmosphere of magic phones were allowed to use only one hour in the evening to communicate with parents. The counselors note that this allowed the pupils to be more immersed in the activities that teachers had prepared for them. The feeling of being a fairy tale Hogwarts wizard school was everywhere: counselors divided children into different faculties, just like in J.K. Rowling saga, children earned points to win the Cup at the end. The theme of the shift manifested itself in the decorations of the halls, and in the corridors, you could meet the teachers - Minerva McGonagall, Severus Snape, Albus Dumbledore, and others.

The shift assignments echoed the chronology in the Harry Potter books and movies. For example, as part of the numerology lesson, there was a sequence of numbers and a board with letters like a chessboard. The task was to find the words on the board with the help of a numerical entry and make a short text. It was then translated. This challenge helped the "Distributing Hat" enroll the kids in the School of Witchcraft and Wizardry. Of course, there was the famous "Christmas Ball", the tournament of three wizards "The Cup of Fire", the preparation of treats from the cafe "Three Brooms" children and counselors.

"We wrote letters of Christmas greetings the day before the end of the shift, so that when the kids came home they could congratulate their parents on the holiday. For those who didn't know how to write words in English, I made a blueprint, then we translated it together. We held a conversation club during the shift and learned to communicate in a foreign language", — Taisia says.

For students of Tomsk State Pedagogical University January is not only a holiday weekend and time to prepare for the exams: future teachers annually work with children in camps. This year, the students practiced their skills at the Energetik Sanatorium and the Solnechny Center.