World No Tobacco Day in TSPU

On May 31 students of Tomsk State Pedagogical University celebrate World No Tobacco Day, the main purpose of which is to encourage young people to quit smoking habit. Such an important event was supported by the activists of the TSPU volunteer group "Point of View". They gave organized a cinema show for their fellow students, together with the invited audience volunteers have watched a dozen of movies, encouraging to quit smoking, as well as have reminded the audience about the dangers and consequences of this addiction. At the end of the event the students have answered the questions of "Health quiz" and one more time reminded themselves what healthy life-style is.

Tomsk State Pedagogical University on behalf of the rector V. V. Obukhov received gratitude from the Central Committee of the Russian Youth Union for assistance in organization and conduction of the Russian-Uzbek Youth Forum, which was held on 25-27 May 2016 in Tomsk. TSPU hosted the First Russian-Uzbek youth forum dedicated to the development of youth entrepreneurship and tourism between the two countries.

On the first day of June the students of the Faculty of Economics and Management together with activists of the TSPU Center of patriotic education will celebrate the traditional "Children's Day", which opens the summer season. An exciting program under the fabulous name "Welcome to the kingdom of Far Far Away" will be organized for children of Tomsk. There also will be funny contests and intellectual puzzles, fiery dances and interactive platforms, as well as classic entertainment loved by children and adults: jump rope, hopscotch, drawing with crayons, face painting and more! The ecent will start on 1 June at 12.00 (60 Kievskaya St, TSPU Teacher's Square).

Ninth grade students of Tomsk city schools have passed a two-month preparation course for the Physics exams in The TSPU Center of additional physico-mathematical and natural-science education. Under the guidance of teacher A.A Vlasova TSPU students of physics and mathematics  Jurkova Tatiana Dmitrievna and Pervukhina Olesya Nikolaevna  have carried out about twenty laboratory works in physics. Students using individual sets of equipment have conducted the experiments on different sections: mechanics, electricity, optics. This helped them to remember the theoretical material as well as to acquire the necessary skills in carrying out practical work. TSPU helped more than 40 students of Tomsk schools (School number 33, 37, 43, 56), Zonalnenskoy School and Siberian Lyceum... 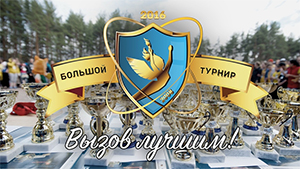 All-Russian competition of student clubs "Grand Tournament" ended in Rostov-on-Don a few days ago, however, a team of Tomsk State Pedagogical University "Respublika SHKID " have returned home only today, on 26 May, and brought a great number of victories. About a thousand young men and women from many regions of Russia have gathered in the Rostov region to take part in 30 Student compititions: 13 sports, 11 creative, 3 organizational, 3 intellectual. "The competition was held in field conditions, which added adventurous and romantic mood - the participants lived in tents, cooked on fire, settled in their own camps. The organizers wanted to form an interdepartmental cooperation while preparing for the tournament, so that the event would be held at a high level, and the participants feel comfortable and confident in the hospitable land of Don. " – noted the official portal of the Rostov region.

Faculty of Culture and Arts in cooperation with the  Science Library presented the picture exhibition consisting of portraits of ancestors, grandfathers, grandmothers, fathers, mothers, people who defended our country during the First World War and the Great Patriotic War. The people who revived our country after the terrible years and raise their children. There was a solemn and touching atmosphere In the exhibition hall reigned - with portraits provided by students, teachers and employees of Tomsk State Pedagogical University. This project is important for modern society - a tribute and respect to veterans, as the succession of generations. The idea of the exhibition belongs to the employees and students of Tomsk State Pedagogical University, together with co-author...

On 24 May the IV open regional festival of robotics and animation «Art and Intellect» will be held at the Tomsk State Pedagogical University. The children aged 5-18 years may take part in the festival. Interesting and diverse program awaits young scientists: the grand opening, five fascinating robotic platforms and, of course, the award ceremony.

Following sections are arranged for the participants and guests of the Festival:

On 25 May 2016 Tomsk State Pedagogical University played as host to Uzbekistan delegation: The University had started the fist Russian-Uzbek youth forum, devoted to the issues of development of youth enterprising and tourism between the two countries. More than one hundred representatives of two countries had gathered in the TSPU Scientific library. Vice-rector A.N. Makarenko, who was  fulfilling the duties of rector, had greeted all the guests and noticed a great importance of international cooperation between Russia and Uzbekistan. In the list of guests who had greeted the participants of the forum where: the first deputy chairman of "Kamolot" organization Mukhamedzhanova Firuza Khatamdzhanovna , deputy chairman of "Russian youth union" organization Seliverstova Tatiana Igorevna, vice-Rector for International TSPU Relations Osetrin Constantin Evgenevich, vice-rector for youth policy and educational work of TSPU Nasonov Dmitry Borisovich, director of the "International Youth Center" Liubtcov Aleksei Anatolevi, chairman of the Committee on Youth Policy of the Tomsk region Kartashov Georgy Alexandrovich.

Joint sports and patriotic activities by the Center of patriotic education of Tomsk State Pedagogical University, Federal Bailiff Service of Tomsk Oblast and "Center of Patriotic and Physical Education" association were organized for children of the orphanage №4. The military sports competition program, consisting of five stages took place on the territory of “Dzerzhinez” training grounds. Children competed in laser tag, threw fake grenades, along with canine companion participated in tug-of-war, tried to assemble and disassemble machine gun and even loaded it with ammo.

Rector of the TSPU V. Obukhov was awarded with the medal "In memory of the 1000th anniversary of the repose of Vladimir the Great"

On 17 May 2016 metropolitan Rostislav on behalf of the Patriarch of Moscow and All Russia Kirill had awarded   the rector of Tomsk State Pedagogical University Valery Obukhov with the anniversary medal for his contribution to educational activities in the region, for his selfless work and responsibility for education of today's youth. Award ceremony was held in the great hall of the Tomsk region administration.Metropolitan Rostislav: "The contribution that you, Valery, have made and will make for the benefit of education, as a pedagogical university rector, is great and noble."

Anniversary medal "In memory of the 1000th anniversary  of the repose of Vladimir Sviatoslavich the Great," is  established by decree of His Holiness Patriarch of Moscow...