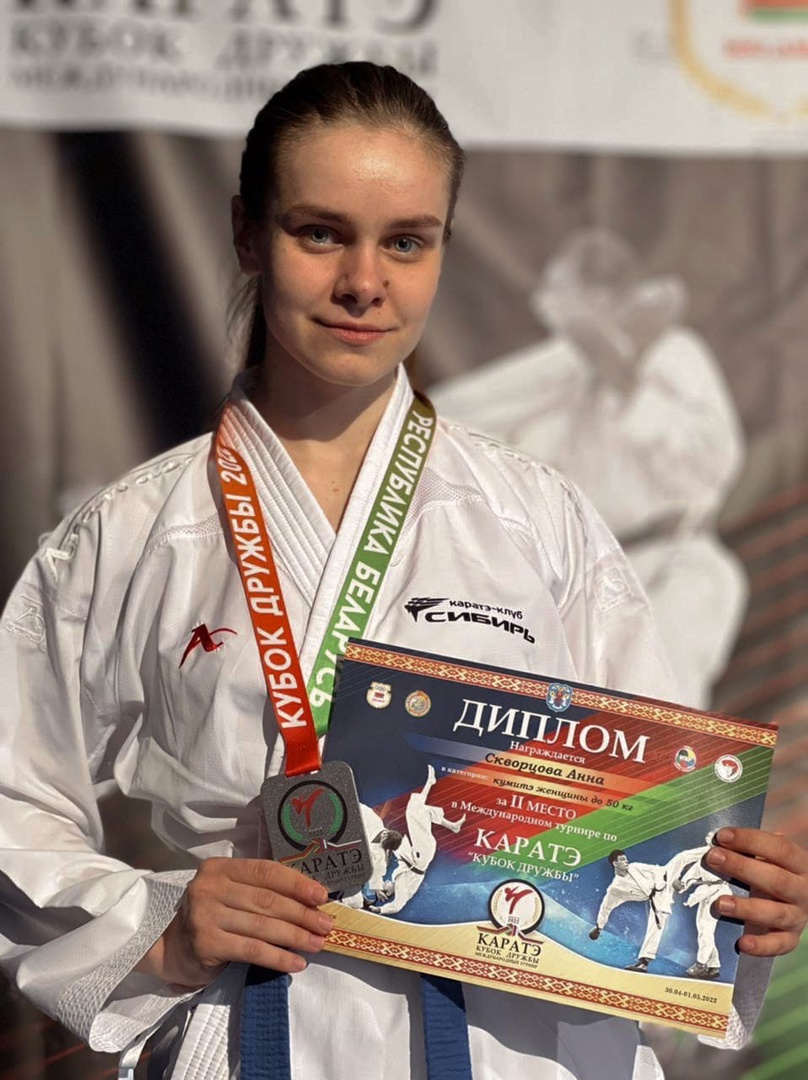 The Belarusian Karate Federation held an international competition "Friendship Cup", dedicated to the celebration of Victory Day. Among more than 300 wrestlers from Russia, Kazakhstan and Belarus, Anna Skvortsova, a fifth-year student of the Institute of Childhood and Art Pedagogy of the TSPU, competed and won a medal.

When Anna was 17 a new hobby appeared in her life — karate, which soon grew into a vocation. Since then Anna is engaged in a martial arts school with the head coach of the Tomsk region in karate Ruslan Muradalievich Apaev. Student's sporting path did not accidentally cross with the pedagogical one: today Anna works with children and teaches her students karate skills.

Participation in international competitions in Minsk was not planned: Anna was preparing to fly to Cairo to the prestigious sporting world competition - the Premier League in karate. Due to the difficult situation in the world, access to the event for Russian athletes had to be closed. In this regard, the Belarusian Karate Federation decided to hold an international competition "Friendship Cup" between Russia, Kazakhstan and Belarus in their territory.

The tournament lasted for two days. For Anna it was the first participation in the international competitions and the first trip outside the Russian Federation:

"The tournament was organized on a high level, one could feel that it was a serious event, — she says. — Judges and coaches of international categories were present, it was very exciting to perform in front of them".

In the first fight the girl met with a representative of the National team of Belarus, and in the second, final competition, — with the first number of the Russian team. At the end of the competition Anna won the silver medal in the weight category of 50 kg (kumite section):

"Although I lost in the finals to the first number one of Russia, I was satisfied with my performance. I was lucky to meet such strong competitors, in which I had to give my best and show everything I learned over the years. I'm sure this experience will have a positive impact on my future career in sports". 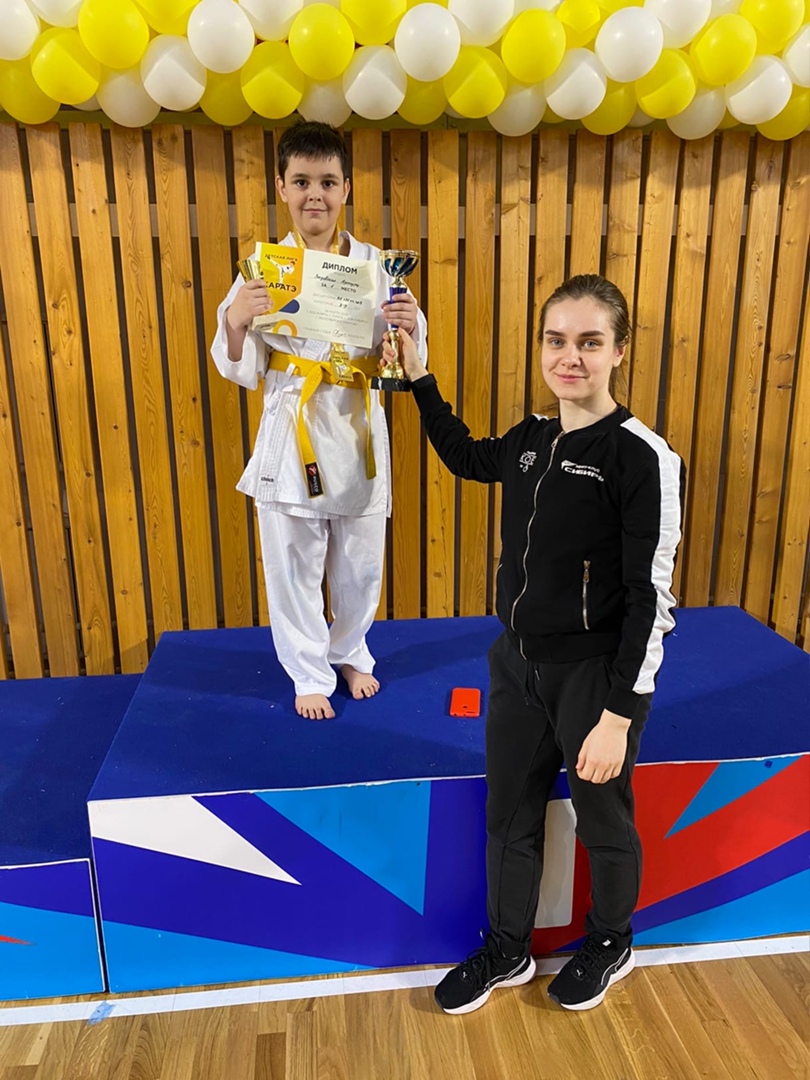 Anna has been coaching the younger generation on her own for more than three years, which allows her to grow not only as an athlete, but also to gain pedagogical experience and develop skills in communication with children. Today the athlete is the master of sports and the trainer of Karate-club "Siberia" and she definitely is not going to stop at what has been achieved both in sports and in pedagogical activities.