This programme (250 scholarships per Consortium) is aimed at development of academic mobility of students, post-graduate students and doctoral researchers between European and Russian universities. Students, post-graduates and doctoral researchers can partake in short-term (from 1 to 34 months) training or research at any University of the Consortium on any discipline. The amount of the grant depends on the programme and covers different expenses including insurance and travel to the place.

is realized since 2004 in cooperation with Indiana University, USA. Within the project students of American universities do pedagogical practical work at Tomsk schools together with TSPU students. As a rule, they live with families of TSPU students.

Cultural Immersion Projects are founded by Pedagogical Education Board at Indiana University. The project offers the alternatives to traditional teaching of students; the project participants choose themselves one of the two variants for perfecting their professional experience, connected with the participation in social life and study of culture:

Cultural Immersion Projects at Indiana University have worked for more then 30 years and have already trained about three thousands students - trainees through the programme. The foreign project particularly raised its status for the past years, and in 2001 received the award for the best practical activities in the world and international pedagogical education, adjudged by American Association of Pedagogical Education Colleges. Before assigning to foreign universities there is a preliminary stage for one year, during which the participants of the project study educational systems of the receiving country, its culture, historical and contemporary facts and problems. Upon arrival the participants should stay for eight whole weeks at the appointed educational institution (university or school) and take part in the development of academic programmes and out-of-school activities. In addition they are going to study and take an active part in a social life of the university and school and also to make comprehensive reports with the emphasis on the received new knowledge and experience. 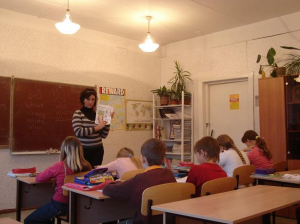 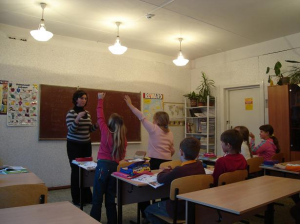 Exchange programmes for students, graduate students and faculty members with Wroclaw University (in cooperation with the Polish Center, TSPU)

Exchange programmes have been realized in accordance with the Agreement of cooperation between TSPU and  since 2002.

The programme consists of 2 parts:

At TSPU students are selected on the competitive basis, by the recommendations from Deans’ offices. Annually 10-12 TSPU students were granted scholarships povided by the Polish part. Before leaving for Poland the students take classes in the Polish language at the Polish Center, TSPU.

The programmes are realized in accordance with the Agreement of cooperation between TSPU and  on the competitive basis. Annually in December 1 or 2 places for TSPU are offered for participation in theprogramme. Candidates must provide an International Exam Certificate in the English Language or Certificate in the Japanese Language. Detailed information is available at Hiroshima University Representative Office, Office 238, TSPU building one.

Photo: student Diana Shendrokiva (in the middle, wearing kimono) and her host family in Hiroshima.

The programmes are realized in accordance with the Agreement of cooperation between TSPU and , Japan on the competitive basis. Stay in Japan lasts from 3 months up to 1 year. 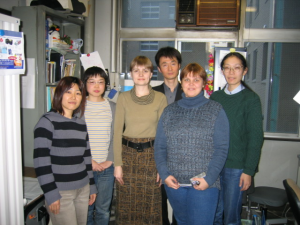 Programme of Cooperation with University of North Carolina at Pembroke, (UNCP), USA

Agreement of cooperation with University of North Carolina at Pembroke includes exchange of faculty members and students, exchange of experience in physics teaching, publications in scientific journals of the universities and mutual research in microbiology. The distant Internet-Olympiads in physics between the students of the both universities are held.

In accordance with the Agreement between TSPU and University of North Carolina at Pembroke TSPU students taking distant courses and awarded certificates of are released from the corresponding courses at TSPU.

The Programme of cooperation with United Nations Institute for Training and Research, Hiroshima Office for Asia and the Pacific (UNITAR HOAP)

The Representative Office of UNITAR HOAP at TSPU provides considerable assistance in information coverage of this activity. 14-15 June, 2007 at the Tomsk Atomic Center a round table moderated by Nassrine Azimi, the HOAP UNITAR Director was held. It was devoted to the problems of disarmament and peaceful use of atomic energy.

Programmes of cooperation with Mongolian universities

TSPU has the following programmes with Mongolian universities:

Photo: Dean of the Faculty of Physics and Mathematic, TSPU and Head of the Department of Mathematics and Physics of Mongolian State Agricultural University coordinate the curriculum: A.N. Makarenko and T. Tsendsuren. 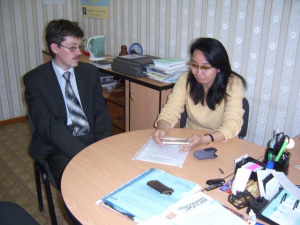 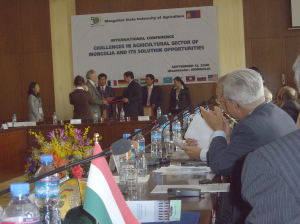 Photo: Visit of the delegation from State Institute of Border Police. Rector of TSPU V.V. Obukhov and Rector of SIBP N. Naranzhamts are in the centre. 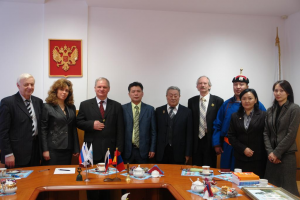 The strategy of globalization of Russian education is efficiently realized at the Laboratory of cognitive-adaptive technologies of psychology of education at the Faculty of Psychology, Public Relations and Advertising. Under conditions of development and integration of international cooperation between Tomsk State Pedagogical University (TSPU) and Orkhon Branch of Mongolian State University work in students' inter-groups is implemented. Experience of work in students' inter-groups allows to form under conditions of growing migration stream new elements of culture of social interaction, put professional potential of future specialists – teachers and psychologists. 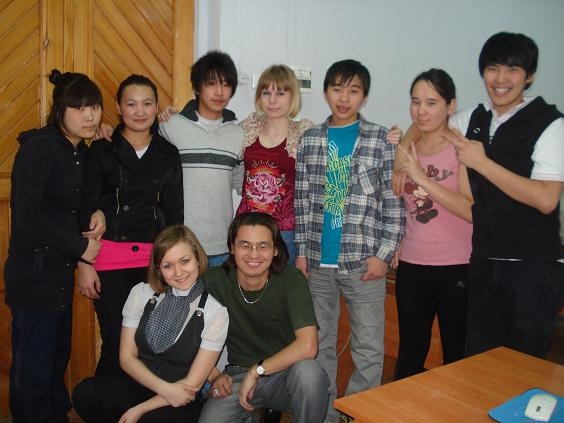 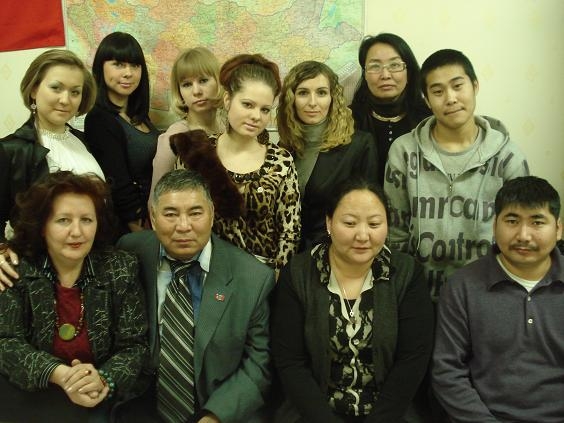 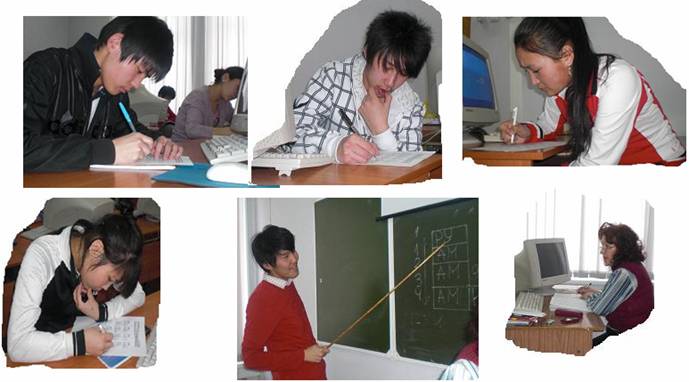 The group of Russian and Mongolian students during lessons. Active participants of the lessons under the direction of Akhmetova L.V.: Yudina D., Yurkova E., Popryadukhina G., Batsengel Khashbat.

At the lesson. Through active studying of Russian folk work social-psychological adaptation of Mongolian students to Russian-language environment is realized.

The programme has been realized since 2006. The basic place for employment of the students is School “Erel”, Ulan-Bator, Mongolia. The graduates are provided with lodging and worthy salary. 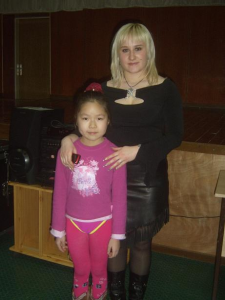