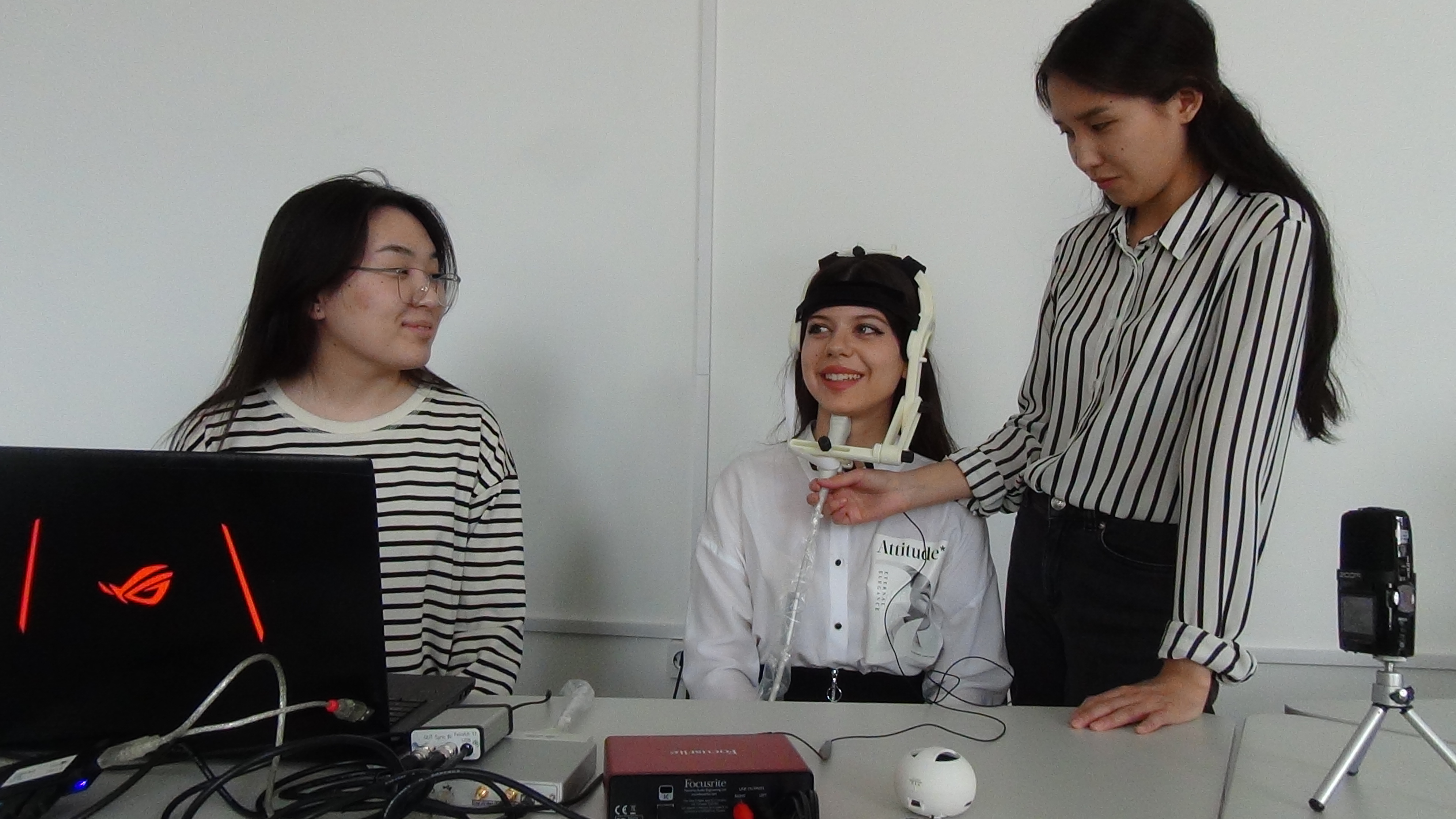 Student Scientific Association of the Institute of Foreign Languages and International Cooperation (IFLIC) of the TPSU conducts scientific research in the following areas: methodology of teaching foreign languages, language pictures of the world (comparative studies, studies of Turkic languages of South Siberia).

Some students are bilingual, that is, they speak two languages since childhood. At the Institute, they study two foreign languages and often notice that words in different languages may have similar spellings but are pronounced differently, otherwise an accent can arise that leads to misunderstanding.

The students decided to find out why the pronunciation of their native, second and foreign language is different. To reduce subjective perception, they used high-tech equipment. Mobile device Articulate Assistant Micro, designed for experimental-phonetic research, can make ultrasound imaging of the tongue from tip to root.

The project was supervised by Valeria Mikhailovna Lemskaya, deputy director for science and development at the Institute of the IFLIC, and Denis Mikhailovich Tokmashev, associate professor at the Department of English Philology and Intercultural Communication.

"Ultrasound pronunciation shows changes in the position of the mobile organs of speech in dynamics - whether a tongue works at the moment of pronunciation, whether it moves backward, whether it is tense, whether a soft palate moves. The recording shows which part of the tongue is working at any given moment of sound production", — explains D.M. Tokmashev.

In an experiment with bilingual students from Tuva, it was found that Russian, English, and Tuvan words with the same form are not pronounced in the same way. Thus, Tuvinian pronunciation differs in the greater degree of tension of the tongue, larynx, and soft palate. This is not the case in Russian. In English pronunciation, the tongue may be tense, but not the larynx. In addition, Tuvinian long vowels are distinguished by delayed tongue tension when the pronunciation of a vowel is lengthened.

During the experiment, it was found that some words in the Tuvan language are pronounced differently by native speakers. In some cases, vowels are pronounced briefly, while in others they are lengthened, and this is accompanied by a change in the position of the tongue and the degree of its rise. The experts of the Institute also noted a smoothing of the articulation in some speakers, "elevation" of the mobile organs of speech, first of all the tongue. All these observations were made possible precisely with the use of high-tech ultrasound imaging equipment.

"There has long been a stereotype in society that high-tech equipment is used only in technical science research. IFLIC breaks stereotypes and demonstrates that today high-tech equipment should also be used in the humanities, in particular in language research and teaching of foreign languages. Among other things, the use of such equipment stimulates students' interest in participating in research activities," says Anna Gennadyevna Bogdanova, Director of the Institute of IFLIC.

The intermediate results of the experiment were made into two videos and submitted for the All-Russian contest held by the National Research Technological University. And the student scientific association of IFLIC expressed its intention to continue its research.