TSPU IS RECOGNIZED CENTER FOR STUDYING THE SMALL LANGUAGES OF RUSSIA 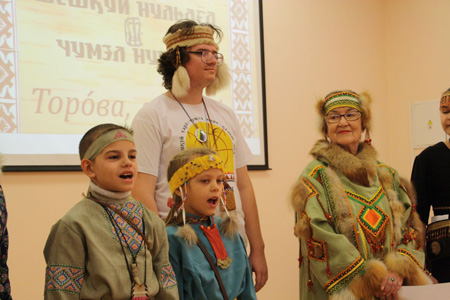 The Tomsk State Pedagogical University has been included in the list of the Institute of Linguistics of the Russian Academy of Sciences (Moscow) as a leading research center for studying of endangered languages. The online project Small Languages ​​of Russia was created on the basis of the Laboratory for Research and Preservation of Small Languages ​​of the Institute of Linguistics of the Russian Academy. This is a generally available resource where one can find materials on the structure and functioning of endangered languages ​​in Russia, as well as information on leading research centers and specialists dealing with this issue. The site is under development, but it already contains materials on 12 languages, including Ket and Chulym-Turkic, which are actively studied by representatives of the TSPU. The research included in the project has been carrying by scientists from leading universities of Russia and abroad. On scientific side the TSPU is represented by specialists of the Department of Languages ​​of the Peoples of Siberia of the Institute of Foreign Languages ​​and International Cooperation. The structure was founded by Professor A. P. Dulzon more than 50 years ago. Within the framework of a comprehensive program for the study of the origin and evolution of the aborigines of Siberia and their languages, an archive was collected, which today is one of the most valuable collections in the field of autochthonous languages ​​and cultures of Siberia and its relevance is increasing.