The project "Museum — is a center for the revival of the Chulym culture" became one of the winners in the "Medium grant" nomination of the "Museum - a point of growth" competition organized by the Department of Culture of the Tomsk Region and the Tomsk Regional Museum of Local Lore named after M. B. Shatilov in the framework of the governor's program.

The implementation of the project was done with a help of Chulym language teacher Valeria Mikhailovna Lemskaya, Candidate of Philology, Associate Professor of the Department of Translation and Translation Studies at the Institute of Foreign Languages ​​and International Cooperation of the TSPU. 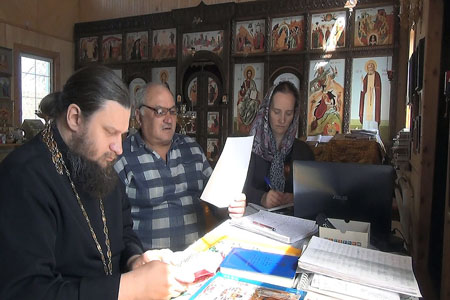 V.M. Lemskaya has been studying the Chulym language since 2005, she is one of the few specialists in the world, her Ph.D. thesis was the third (and so far the last) Russian academic work on the Chulym-Turkic language. Valeria managed to work with the speakers of all Chulym dialects at the turn of the XX-XXI centuries, including the last speaker of the Lower Chulym dialect. She recorded unique audio (about 200 hours) and video (about 70 hours) files, as well as annotated and published a large body of linguistic data on the Chulym language.

Chulym (or Chulym-Turkic) language is common in the middle reaches of the Chulym River in the Teguldetsky district of the Tomsk region and the Tyukhtetsky district of the Krasnoyarsk Territory. From the research of the Chulym language in the 1940s. the systematic study of the small languages ​​of the peoples of Siberia and the North began at the Department of Indigenous Languages of Siberia, TSPU. Currently, there are very few speakers of the Chulym language, according to scientists — no more than 50 people. Many ethnic Chulyms now speak Russian, but want to regain command of their native language and expand knowledge about their native culture.