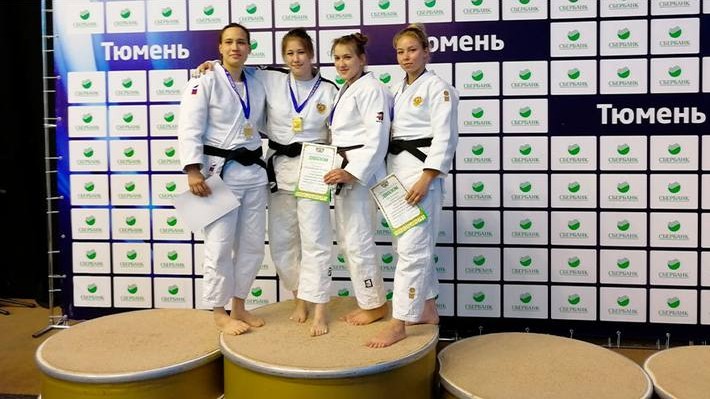 The All-Russian judo tournament in memory of Honored Trainer of Russia Slavik Gogievich Kudziev took place in Tyumen, and Alexander Askarov, and the  student of the Faculty of Physical Culture and Sports of the TSPU Aleksndra Askarova won this competition.

The strongest judoists of the country from Moscow to Blagoveshchensk gathered at the sporting competition. Alexandra Askarova held four victorious bouts and won a gold medal. At the same time in the semifinals, she prevailed over the winner of the Russian championship among juniors under 23 years old Elvira Kamalova from Perm. And in the final, a TSPU student defeated a strong rival from Tatarstan, Diana Bikbova.

"I am pleased with my performance, because the rivals were very strong,- the sports news agency SportUs.Ro quotes Alexandra. - I know that in Tomsk my relatives, friends, judo rooted for me. Thank you all very much for your support! ”

From May 10 to 12, Alexandra will take part in the European Judo Cup among juniors. Competitions will be held in the Lithuanian city of Kaunas.