The team of Tomsk State Pedagogical University took part in the first championship for sports garbage picking, that was held in the Lagernyi garden of Tomsk. More than 50 participants gathered 1.1 tons of garbage from the territory of the garden within one hour. The idea of such event was borrowed from Japan during the visit of Tomsk oblast deligation in Tokyo last year, where similar tournaments have been held for more than a decade.Japanese Sports Federation for garbage picking decided to hold the first foreign champoinship in Tomsk. The organizing committee of the regional center has chosen Lagernyi garden as a place where championship will take place, because, according to them apart from being this a socially significant for the city, this area is also safe, since it was treated against ticks. According to Kenichi Mamitsuka, the president of the Japanese Federation for sports garbage picking and initiator of such events, the goal of this competition is to solve the problem of waste due to the activity of citizens.

«Tomsk is a beautiful city, but no matter how beautiful one city may be there is always garbage laying around. We see the trash - not as waste, but as an object for sports competitions. We arrived in your town just yesterday, but already realized that Tokyo and Tomsk have a common problem - cigarette butts, "- said Kenichi Mamitsuka. Before the start, he had promised to give a special prize from the Japanese federation to the team that will bring the largest number of cigarette butts,

A total of 11 teams have participated in championship, among them were students of the Tomsk State Pedagogical University that are studying Japanese. 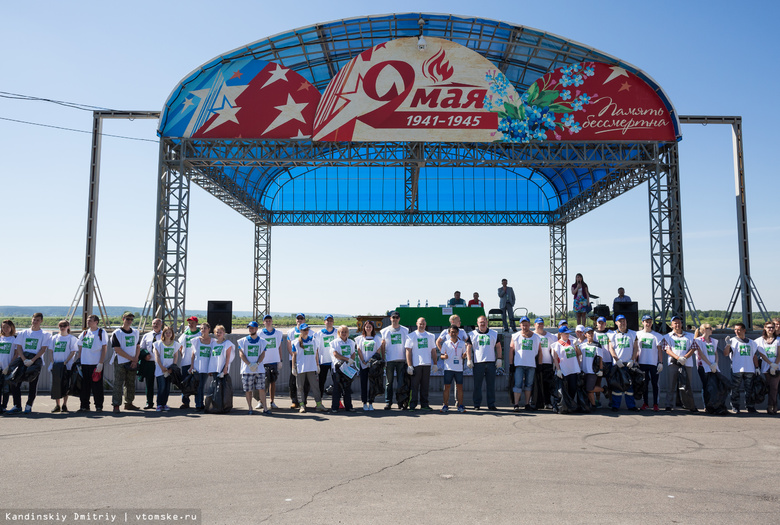