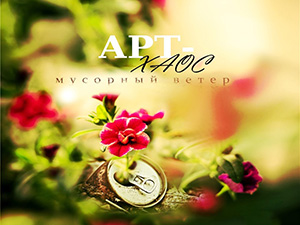 On 6 June the expert committee has revealed the results of XVI All-Russian competition in advertising and PR «Crystal Orange». More than 2000 projects from various regions of Russia were submitted. Students, together with graduates of the Faculty of psychology, public relations and advertising have presented two projects - «The Wizard of Oz» which is associated with the positioning of Tomsk as the city with a special literary biography through popularization of works by Volkov - children's storyteller, writer, graduate of the Tomsk Teachers' Institute - and «ART-CHAOS. Garbage wind» - environmental project, whose main purpose is to draw attention to environmental problems and the problem of excessive consumption by creating art objects from the garbage. On the first stage, both projects have won the regional round of the XVI All-Russian competition of advertising and PR «Crystal Orange» and took the first places in the corresponding categories (December 2015). On the second stage projects of Tomsk State Pedagogical University have received recognition of the Expert Jury on the All-Russian level. «The Wizard of Oz» was awarded the Diploma of III degree in the category «Public relations, advertising and media technology in culture and art». The «ART-CHAOS. Garbage Wind» project has won the Grand Prix, the Laureate Diploma and became one of the three main winners of the XVI All-Russian competition in advertising and PR «Crystal Orange».