Faculty of technology and entrepreneurship of TSPU invites to exhibition-contest «Siberian folk crafts» which takes place on 22-23 November within the scope of VI International theoretical and practical conference “Professional education. Problems and achievements.”

The main objective of the event is to draw attention to decorative and applied arts and folk crafts of Siberia in sphere of modern artistic and technological education and craft and enterprising activities. You can find details regarding the contest as well as application form in the regulation.

THE FIRST QUALIFYING STAGE OF MATH CONTEST AMONG SCHOOLCHILDREN AT TSPU

The first qualifying stage of All-Siberian open math contest for schoolchildren took place at TSPU on 23 October 2016. Last year TSPU Center for additional physico-mathematical and natural-science education officially became platform for this event in Tomsk and hosted competition in physics. Now Tomsk school students had an opportunity to join competition in math. More than 120 have tested their knowledge in this exact science. The results of the competition will be available on the official web-site of the event.

Soon comes yet another competition: the first qualifying stage in physics that will take place on 13 November 2016 at the first building of TSPU (75 Komsomolsky prospect). In order to participate one should register on the official web-site (

Tomsk state pedagogical university became a partner of the All-Russian historical and educational forum «Parade of epochs», which took place in Tomsk last weekend. This event is carried out throughout Russia and aimed at development and support of student educational projects. Within the scope of the forum students from 45 subjects of Russian Federation have visited practical lessons on development and realization of initiatives in studying of historical and cultural heritage of Russia. They also have participated in quizzes, talk shows and conferences with invited experts. Students have exchanged their experience with each other, goy new ideas during the debates, presentations, games. Students from several faculties of TSPU have provided sufficient help in organization of...

"Economis of the year" contest

Students, postgraduate students and teachers (under 35 years) of the Tomsk state pedagogical university are invited to participate in All-Russian contest «Economist of the year»

There are three main nominations

There also will be a special nomination «Scientific projects in scope of increasing of financial literacy». Application should be submitted in digital or written form till 6 November 2016.

“HOW TO IMPROVE YOUR CAMPUS” CONTEST

The first international forum of campuses in which are going to participate representatives of several European countries – Great Britain, Germany, Spain, Norway, France – is taking place on 23-25 November in Tomsk. Administration of Tomsk region and Tomsk state university are going to organize the contest of student projects “How to improve your campus”. Among the contest’s partners are –  Campus France, «Alliance française Novosibirsk», DAAD, German consulate general at Novosibirsk, development fund for small and medium business in Tomsk region.

There are two nominations – «New look» (architectural and design projects) and «Successful start» (realized or close to realization projects which resulted or should resulted in new...

Grand awarding ceremony was held in The Public Chamber of Russian Federation on the last Tuesday, in 18th of October. Three projects, including work by TSPU students,...

«PHOENIX» PROJECT OF TSPU IS THE BEST REGIONAL CREATIVE PROJECT 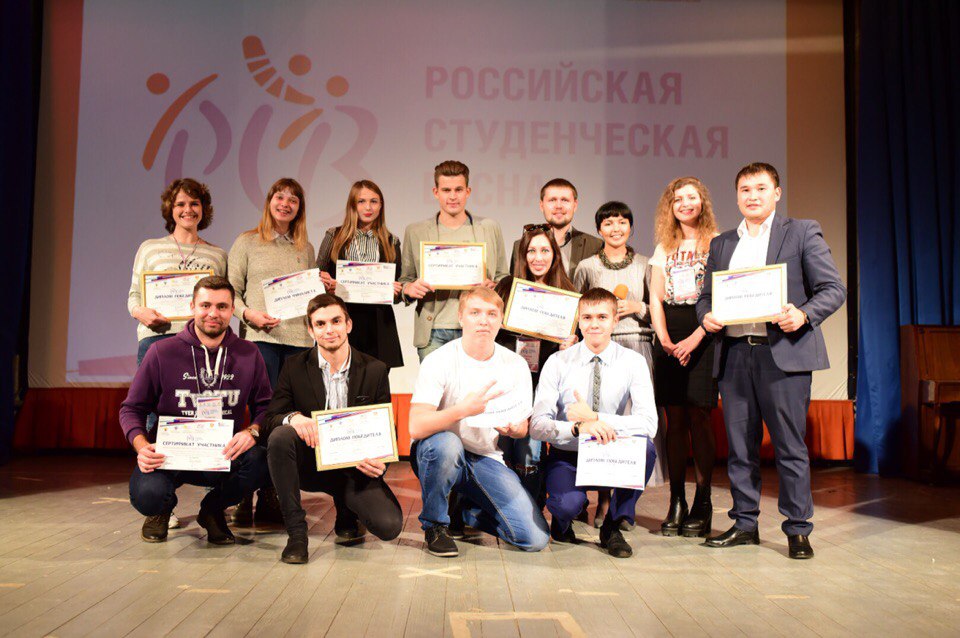 Students of the Tomsk state pedagogical university have become winners in the nomination «The best regional creative project» of the All-Russian contest. The competition was held within the «Russian Student Spring» project. TSPU students have presented the «Phoenix» project – theater of light and fire that can make unforgettable any event.

All in all 21 creative projects were accessed to the final stage. Two days of preparations, expert consultations, a few final strokes, exciting presentation and as a result, the «Phoenix» has become the best project in the nomination.

According to the organizers of contest, the winners will be...

Youth center of Tomsk state pedagogical university invites all the foreign students to open day which will take place at 16.00 on the 19th of October (Komsomolsky prospect, 75). Each student knows: if you want to be in the thick of things you’d better join one of the TSPU student organizations. The youth center is the place where the most creative ideas are born, the boldest projects are realized and brightest events happen!

Student organizations are divided in several structures, where each student can find what he or she likes the best.
Major cultural and creative events are organized by Student club. Student council arranges activities throughout the faculties and Student trade union protects student rights and provides social support.
Everyone has a chance to...

Invitation from the receiving party to conduct lectures (8hours per week) and duration of stay (up to 34 days).
You may submit your applications as well as to receive detailed information at the TSPU International informational center: Komso-molsky prospect 75, room 213УЛК till 15.11.2016.