The Children's Center for Educational Robotics of the Tomsk State Pedagogical University summarized the results of the first week of the new academic year. The teachers of the Center conducted classes in the design, programming and technical creativity for 12 different age groups. Educational activities were attended by 76 talented and initiative students who showed impressive results in assembling houses and robots from LEGO kits.

In addition, the Center received a large number of new LEGO kits and everyone can use them by registering for educational programs. To get acquainted with all the courses offered by the Center, you can visit the official website of the structure.

Activists of the Center for patriotic education have organized the first festival of historic reenactment «Kulikovo autumn» to awake patriotic feelings of students. Eight teams from TSPU, SibGMU and Tomsk Highway Technical School gathered on the TSPU stadium to become participants in a series of combat and sport events. Students experienced themselves in throwing knives and spears, shooting the medieval bow, fought with a use of training swords and shields, played the Russian ball game "Kila".

In addition, everyone was able to visit the historical site, which included interactive photo zones, workshops on traditional Russian crafts and Russian folk dances.

Bad weather did not stop the participants: heavy rainfall interrupted the...

Today in the scientific library of the TSPU the XVIII All-Russian conference «Russian literature in modern cultural environment: childhood in literature and literature about childhood». Specialists from Tomsk, Novosibirsk, Kemerovo, Barnaul, Surgut, Moscow, Ekaterinburg, Chelyabinsk, Ulan-Ude, as well as foreign researchers from the Czech Republic and Ukraine gathered for scientific communication and discussion of topical issues of literature for children in the TSPU.

Within the two days (September 7-8) scientists will discuss a wide range of issues related to the history of the development of children's literature, its current state, including examples of works by specific authors. The program will include round table "Regional Children's and Youth Literature: Problems and... 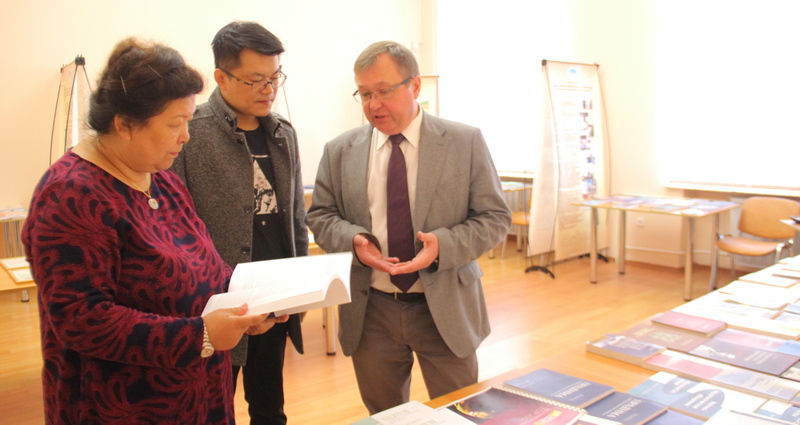 Associates of the Tomsk State Pedagogcal University have met with Liya Wang,principal of the foreign languages institute of the Harbin Institute of Petroleum. At the meeting, the sides discussed the further cooperation between universities in the areas of academic exchanges, pre-school education programs, and refresher courses.

Two universities are already connected by a rich history of cooperation: the students of the Harbin Institute of Petroleum has successfully study the Russian language at the language courses organized by TSPU, then continue their education at the main faculties of our university, and also participate in academic exchanges. This year, 36 people from the Harbin Petroleum...

Knowledge day at TSPU: how it was?

The first of September is a very important day not only for schoolchildren and students but also for everybody who is involved in educational process: principles, deans, teachers, curators, associates of educational institutions. That is why everyone, who thinks that Knowledge day is one of the most important events, has gathered in the assembly hall of the Tomsk State Pedagogical University.

First year students were the most honored guests of the concert. For them it was the first time that they enter the University in a new status - a student. The rector of the TSPU Valery Vladimirovich Obukhov opened the celebratory program with greeting words:

«Dear friends! I congratulate all those present, as well as the entire staff of the oldest pedagogical university in...

The «Curator school» for students willing to help freshmen has opened at the youth center of the TSPU. On the first day 50 volunteers have participated in workshops «Mentorship» and «distribution of priorities in time». After that students have made teams to learn how to cooperate with each other. Finally, the future curators have met with the chairmen of the student council. Together with them students have discussed the proper ways how to treat freshmen. 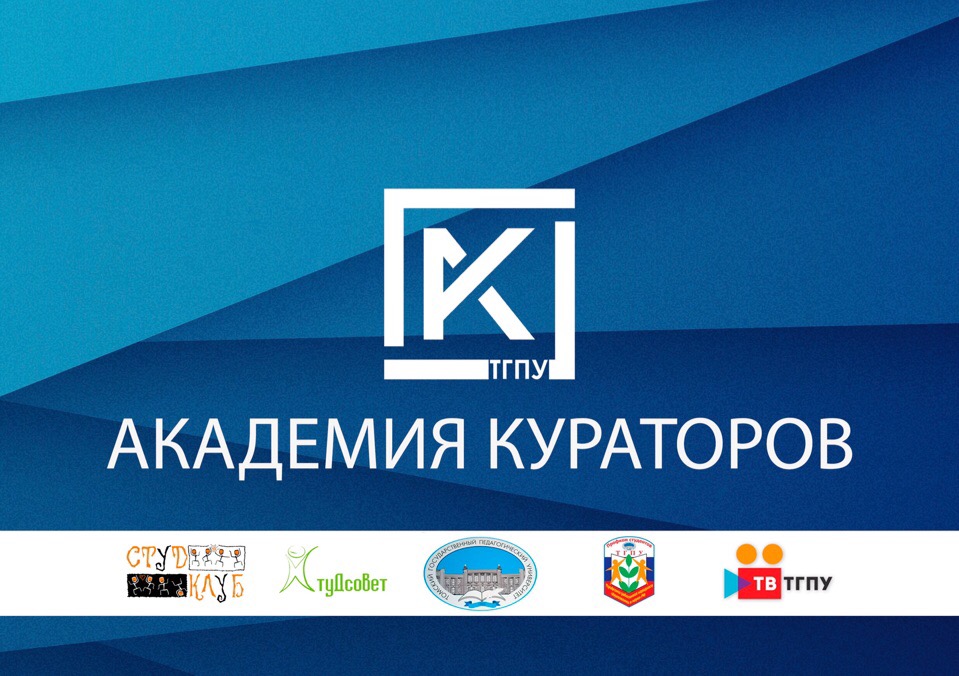 According to the tradition, on the first day of autumn the students, teachers and workers of the Tomsk State Pedagogical University mark their professional holiday - the Knowledge day. For the freshmen it is also a special day and the university will grant a very warm reception for them.

The holiday will begin with a concert that takes place in the assembly hall of the main TSPU's building (Komsomolsky prospect 75):

Teachers of the Youth center for educational robotics of the TSPU have conducted workshop on assembling and programming of the spin-toy robot. This educational workshop lasted for two hours. Under the guidance of the skillful teachers kids and their parents have assembled a spin-toy robot, programmed it to do different actions and witnessed astonishing drawings made by the robot.

«Spin toy robot is made of plastic plate with a several holes of different diameter cut in it. A set of circles goes in this holes, and since both holes and circles have notched edges so the parts won’t slip», - told the associative of the center. The robot can draw beautiful geometric figures and working on this...

The first results of the admission campaign 2018

The admission campaign to full-time educational programs had ended. Applicants from almost all the regions of Tomsk will be enrolled to bachelor and specialists program on budgetary basis. The most popular area per number of applicants has become the city of Tomsk – 101 applicants, Tomsk region – 21 applicants, city of Seversk – 17 persons, Kolpashevo region – 10 persons, Asino region – 9 persons.

The final stage of the annual project of the Tomsk State Pedagogical University «Summer in the city». During this summer students-activists from the TSPU have organized and conducted five sessions on the streets of Tomsk, playing with children. More than 700 children have already visited 32 playgrounds of the project this summer. Cultural and educational program was extremely rich: students have organized workshops, quizzes and sports games for children and told them about the volunteer movement. Together with children TSPU students have gone to the virtual trip on the Russian cities, read kind books and watched movies. And on Tuesday the mayor of Tomsk Ivan Klein have met with the leaders of TSPU student engaged in «Summer in the city»...